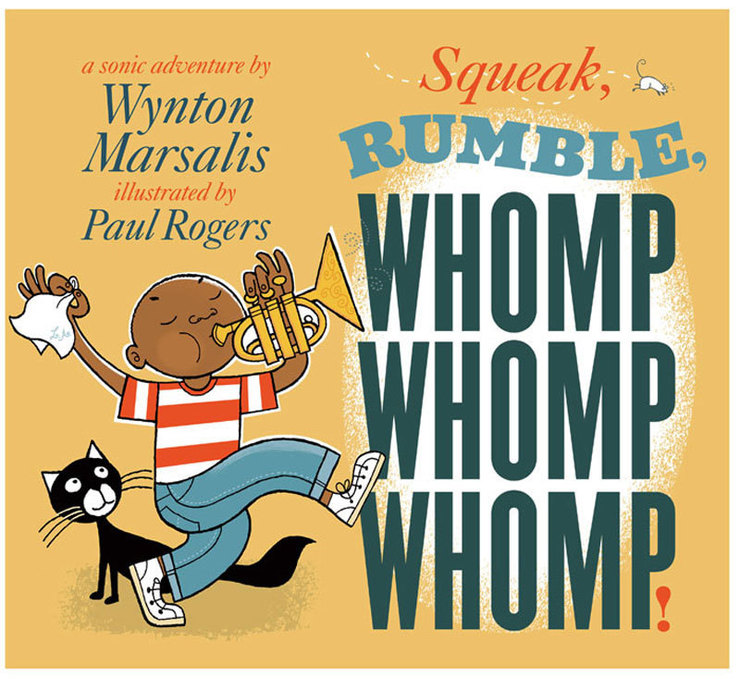 Squeak, Rumble, Whomp! Whomp! Whomp! is now in bookstores. It’s the second book that Wynton Marsalis and I have done together, this one is a picture book for young readers about sounds. Wynton wrote some short poems that describe sounds a kid could make or hear around his neighborhood and the musical instrument that makes a similar sound.

Karen Lotz at Candlewick Press asked if we’d put our heads together for a picture book about sound. I spent a week on the road with Wynton and he started reciting ideas for the poems in the car between gigs and I wrote them down in the back seat. He worked on them later and sent me 12 poems with some very adventurous spelling, I would send him some pencil drawings of the pages, we’d talk on the phone, I’d make revisions and it went back and forth like that for a few years. When we were happy with it, we sent it to Karen and she laid some veteran advice about picture-books, narrative flow, and spelling on us, and we refined the book until we got it right.

I added some things to the drawings to make Wynton smile and to also give jazz fans something to look for. The train carries the number 219 because of the Louis Armstrong song, The 2:19 Took My Baby Away, Slim Gaillard is the driver of the Cement-Mixer-Putty-Putty, Wynton had the idea to make trombone player Jack Teagarden, because kids love books with Teagarden in them.

The drawings are hugely influenced by the great Cliff Roberts, especially his illustrations for Langston Hughes’ First Book of Jazz from 1955. One of the early decisions I made was to have the story take place in New Orleans, Wynton’s hometown and a city we both love. This setting made it believable to have music on the street and all around the neighborhood.

The book is meant to be read aloud and Wynton had some very specific ideas for making the typography describe the sounds to the reader. My job was to translate the sounds he made on the phone into designs that would work on the page. I wish I taped some of our conversations, there was something wonderful about having one of the greatest jazz musicians on earth making noises over the phone to describe violins, motorcycles, saxophones and trains.

Endpapers, with the worst drawing of a trombone ever. 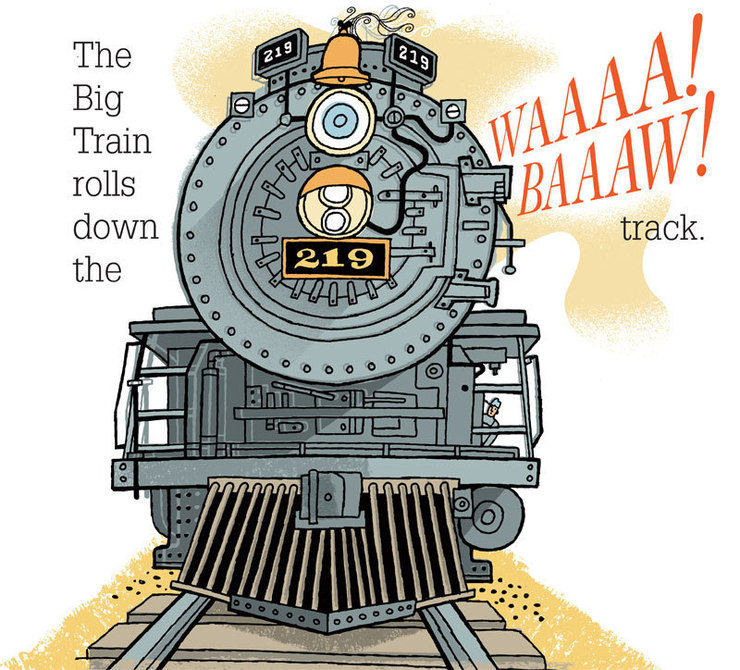 I worked out all the typography by hand during the sketches. For the final, I worked with my brilliant wife, Jill von Hartmann, to set type and carefully manipulate the letters in Illustrator. 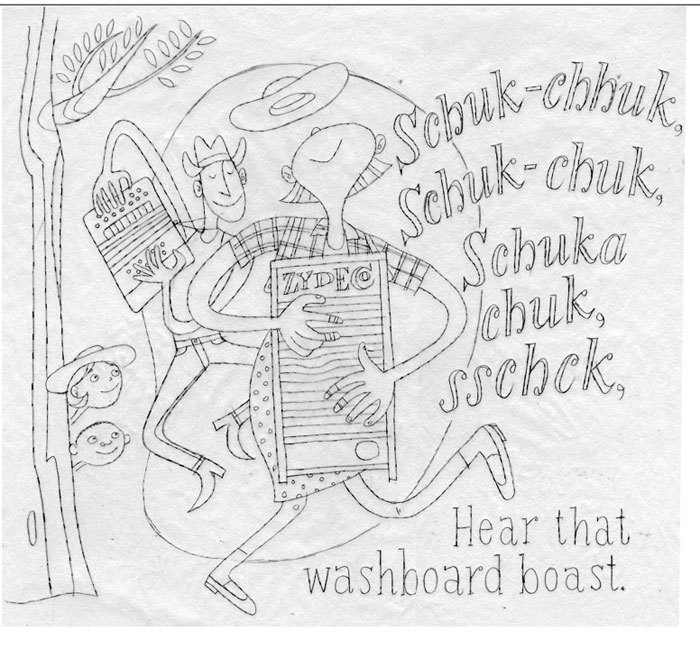 The New Orleans setting gave us the opportunity to include all the different types of music you can hear in that town.

For the Jack Teagarden fans.

The sketch for the final poem that combines all the sounds from the book had to be toned down to increase its readability. 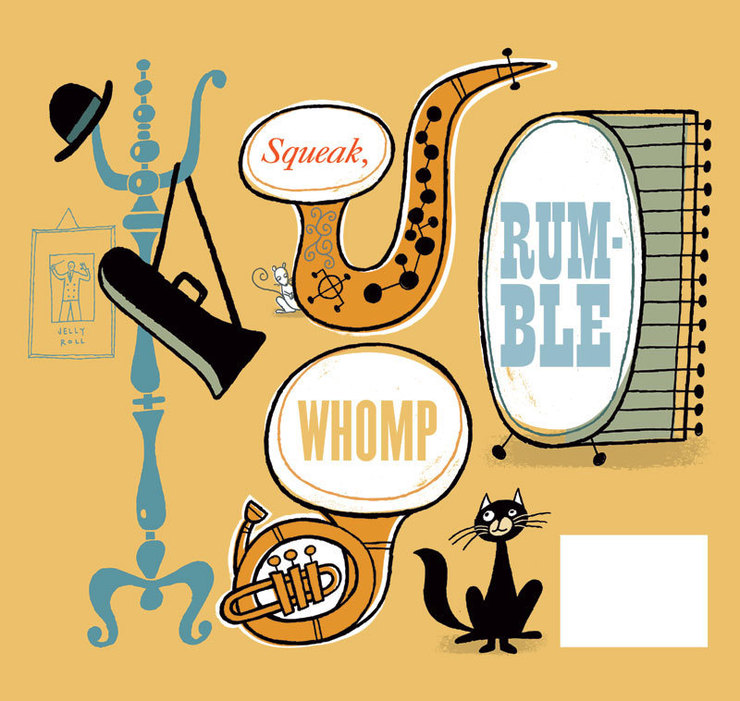 Starred reviews have come in from Kirkus and The School Library Journal.