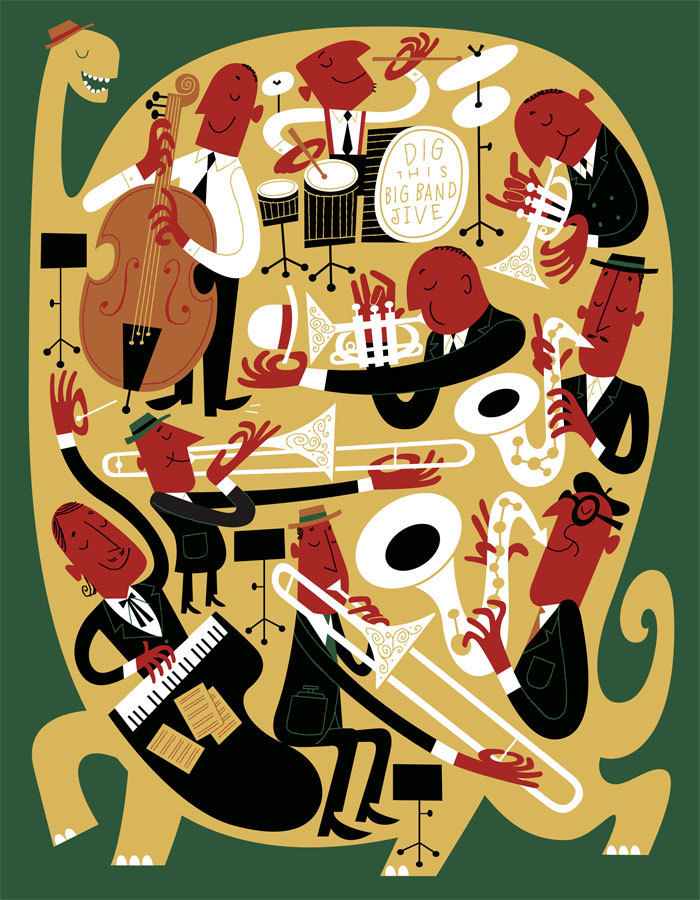 Here’s a piece for the Playboy Jazz Festival Program to accompany an article by Don Heckman about the state of big bands in America today. Some think of big bands as dinosaurs but if you do some digging you can find a pretty vital scene in almost every major city.

This piece certainly shows the influence of Jim Flora and the great Cliff Roberts. I’ve been doing illustrations for the annual festival for about twenty-five years now, but still no invitation to the mansion. 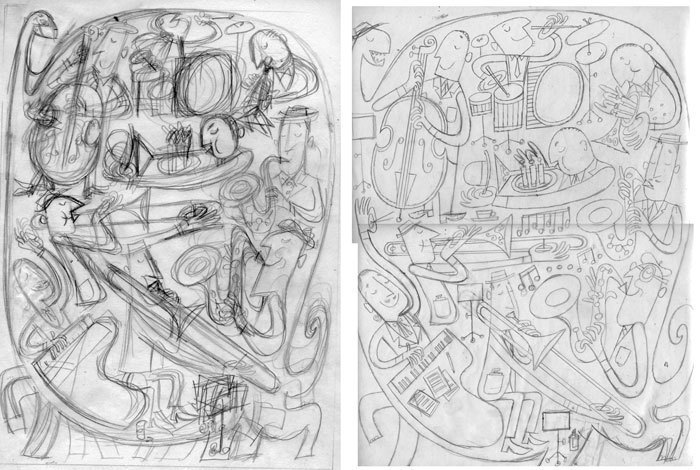 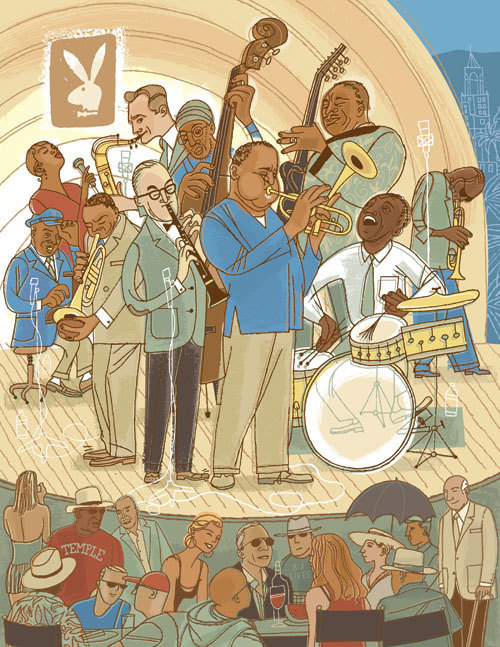 30 Years of PJF
This June is the 30th anniversary Playboy Jazz Festival at the Hollywood Bowl. Every year they produce a nice program that's full of illustrations; there are portraits of each performer and a few feature articles.
This year Fred Fehlau, the AD for the program asked me to do a piece to accompany an article about the history of the festival. So I filled the stage with a group of musicians who've played there. From left to right there's Count Basie, Sarah Vaughan, Wynton Marsalis, Stan Getz, Benny Goodman, Ron Carter, Dizzy Gillespie, BB King, Art Blakey and Miles Davis.  Fred asked me to include Hefner, festival MC Bill Cosby, and producer George Wein in the crowd. 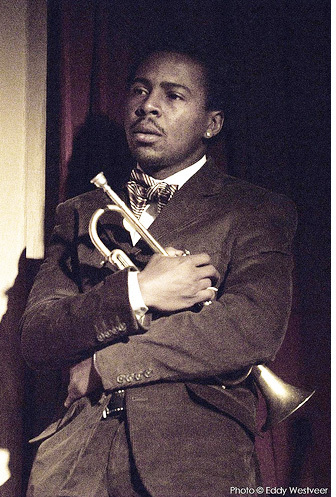 eddywestveer.com
Fred also asked me to do a portrait of the trumpet player Roy Hargrove. While looking around online for photos I came across this wonderful picture of Roy taken by Eddy Westveer, a jazz photographer who lives and works in the Netherlands. I e-mailed him to get permission to use the photo as reference for my drawing and offered him a fee. The photo supplied such a nice vibe, the drawing was finished easily and very quickly. 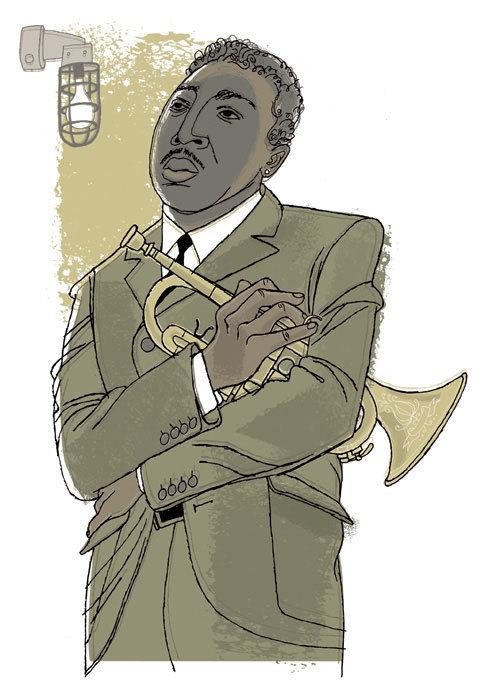 PJF covers
I've done the cover for the program three times. Fred asks for comp ideas, and that really means do a finish and if Hefner likes it, it gets used. Hefner has picked mine three times, yet still no invitation to the mansion. 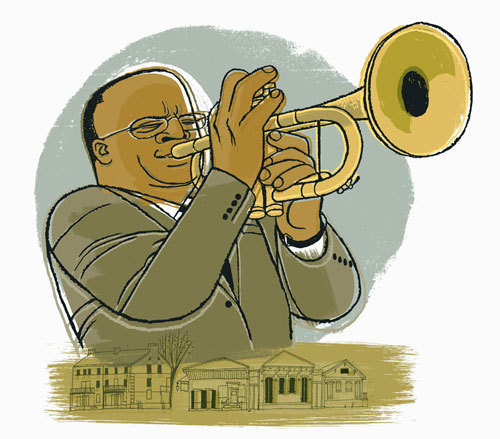 Terence Blanchard
Las year I did this drawing of composer and trumpter Terence Blanchard. Terence is from New Orleans and has written film scores for a lot of Spike Lee's films. I was listening to his score for Lee's documentary "When The Levees Broke"  while I worked on this drawing 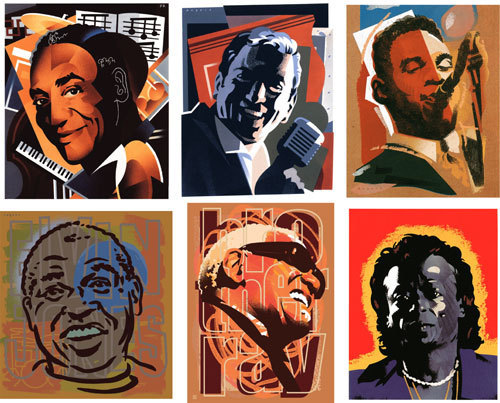 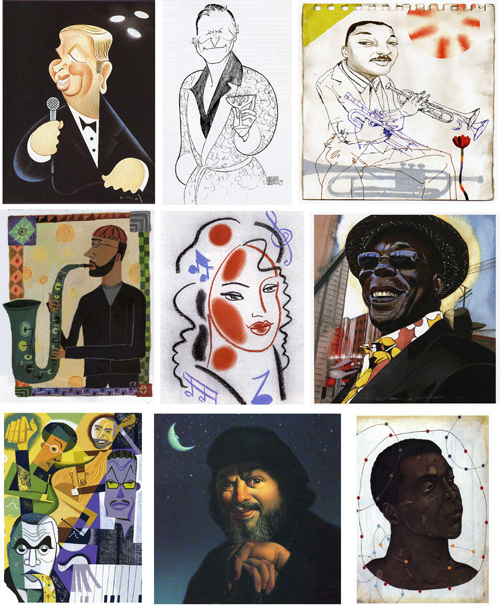