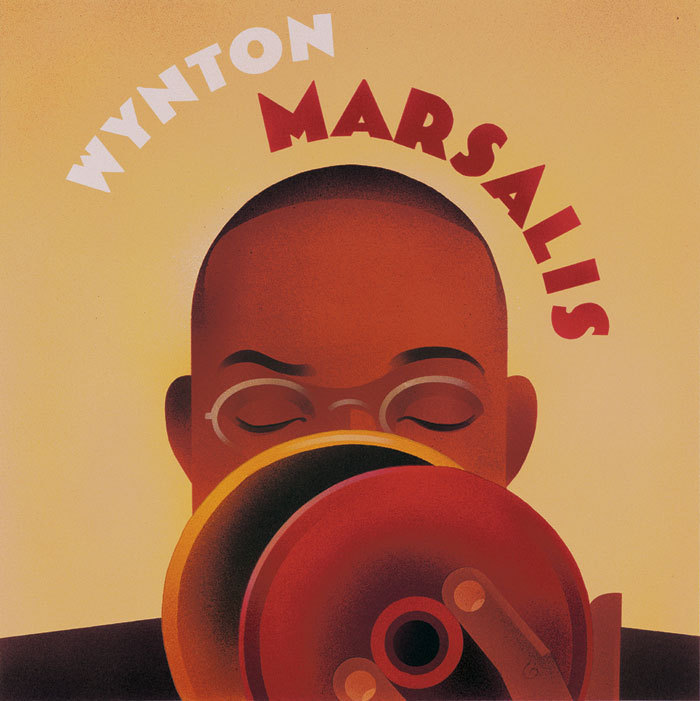 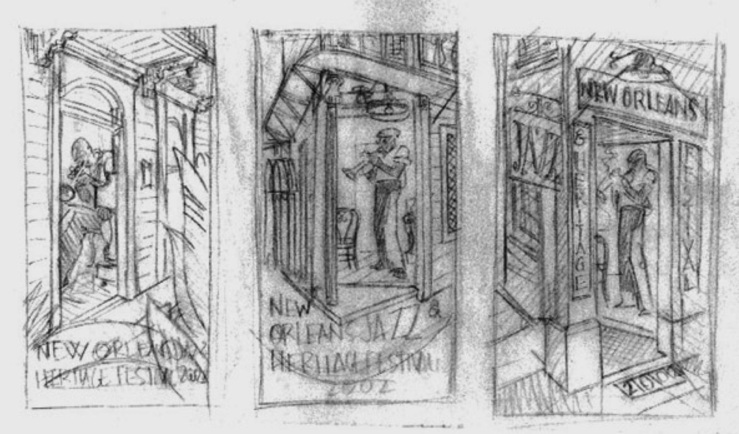 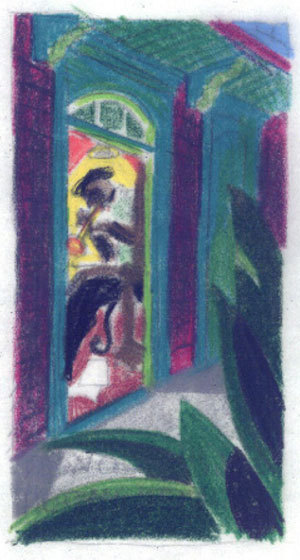 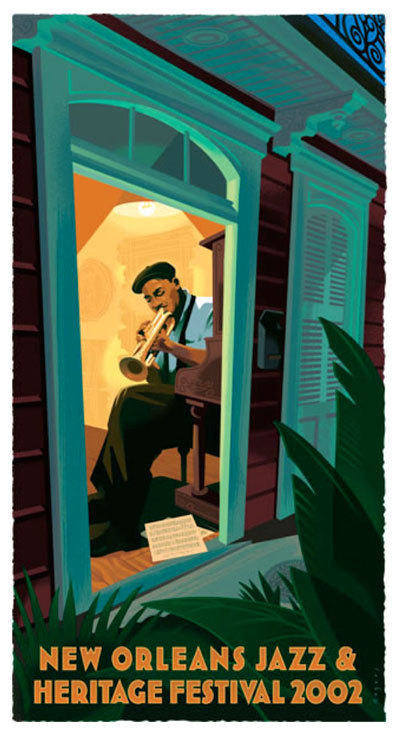 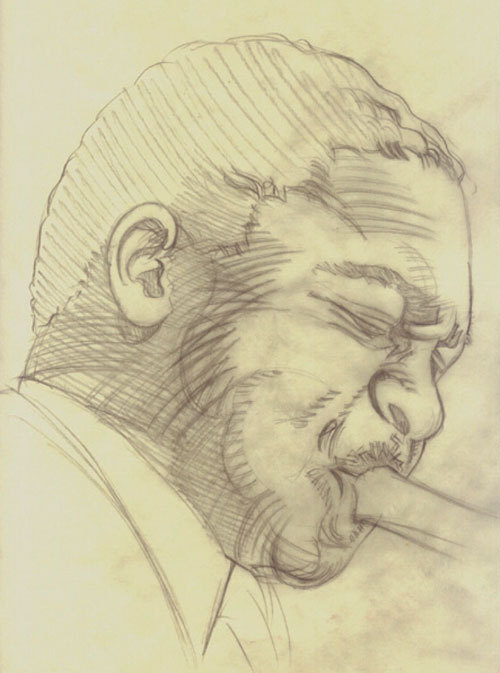 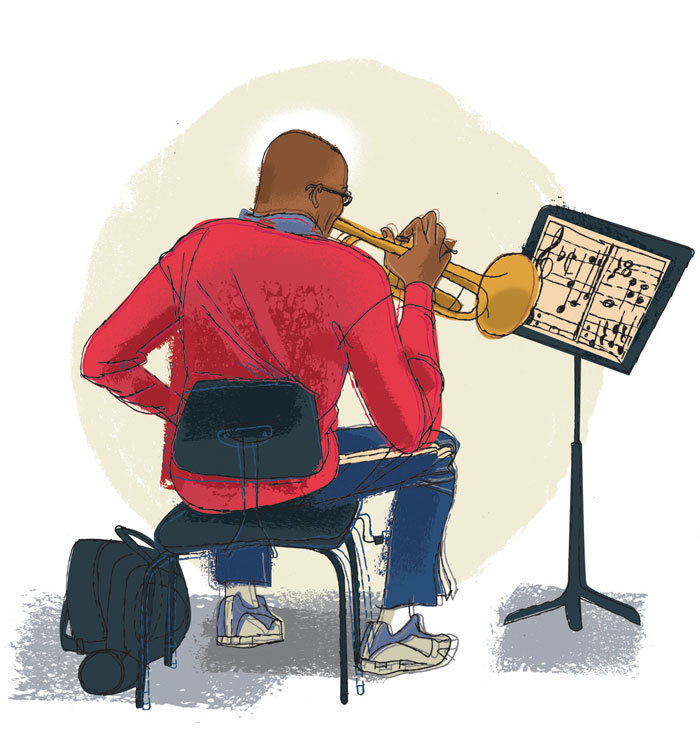 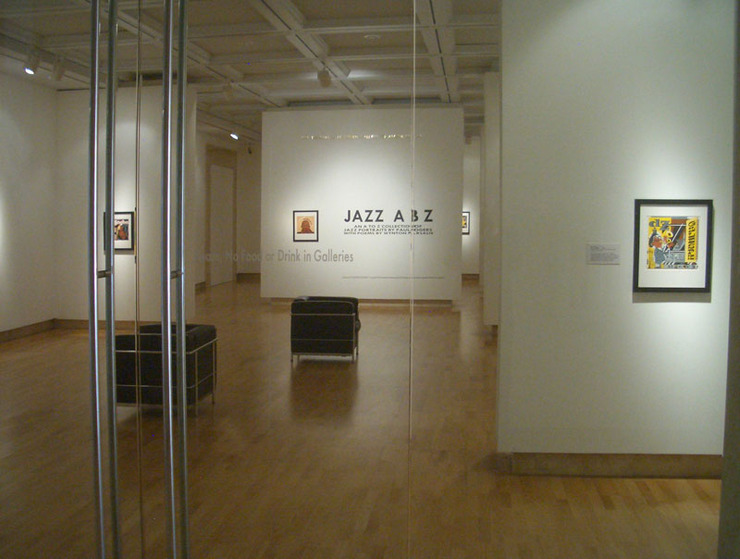 Last week Jazz ABZ opened at The Cummer Museum in Jacksonville, FL. I’d like to thank Museum Director Hope McMath and all the staff of the museum for mounting the show. The gallery looks beautiful and the opening was a wonderful experience. Over 1000 people came out, there were lots of families, and the music was great. I met some nice people and heard a lot of stories about jazz music and musicians, including a gentleman who told me he loaned Ella Fitzgerald money when her band was stranded in Boston. I was so busy, I forgot to take any pictures at the opening. I’ll be back for a talk during the Jacksonville Jazz Festival.

I noticed that there was a big drop-off  in quality when you go from these 15th Century temperas on panel to those airbrush and ink jazz images. 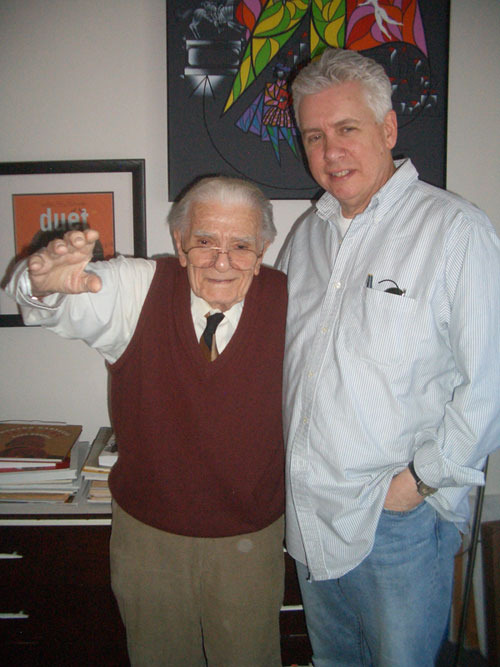 After the opening, Jill and I drove down to Sarasota to visit the legendary Alex Steinweiss. He was exactly the way you’d like to be at 92 years old. His apartment is full of modern furniture, books and paintings, and he was full of stories. He told me that all those covers he did for Columbia Records didn’t have to get approval by anyone but him. He made the images, sent them to the printers, and they showed up in the stores. 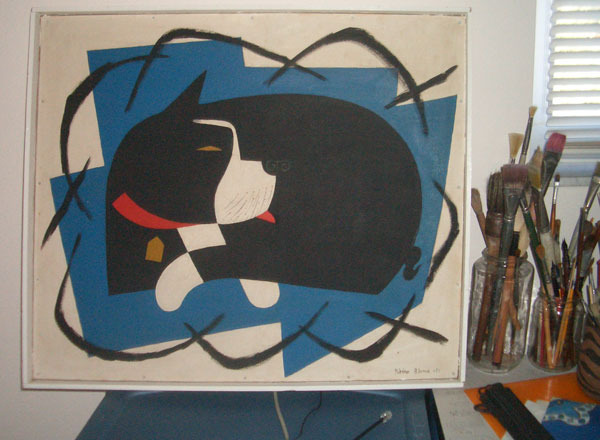 Here’s a portrait Alex did of his beloved Boston Terrier, Maestro. 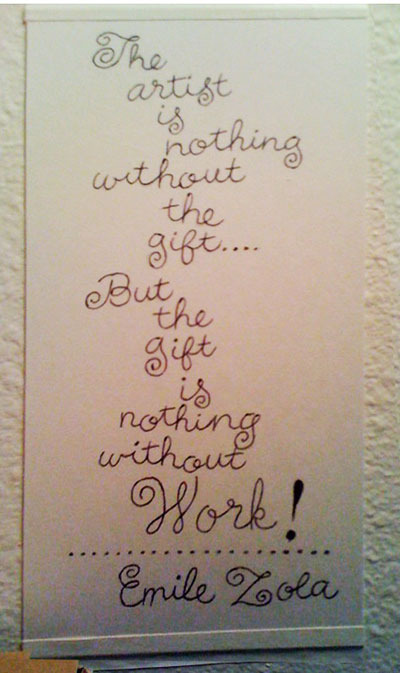 This message hangs right by the door. The person Alex talked about the most was his art teacher at Lincoln High in Brooklyn, Leon Friend, a teacher who had a huge impact on many students including another legend, Seymour Chwast.

Jazz ABZ at The Cummer Museum 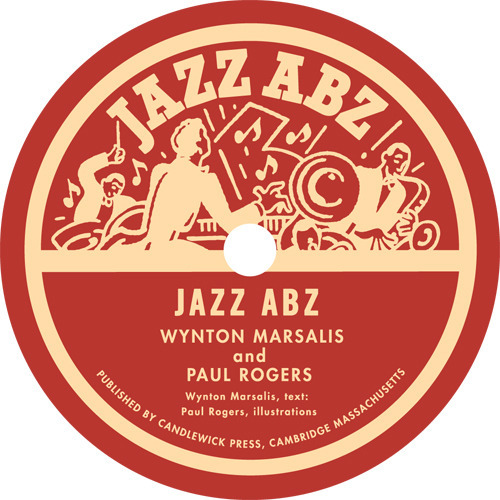 The Cummer Museum of Art in Jacksonville, Florida is mounting an exhibition of the illustrations for the book Wynton Marsalis and I did together, Jazz ABZ: A Collection of Jazz Portraits. The show runs from January 20th through August 8th 2010. I’ll be giving a talk at the museum on Tuesday, January 26.

The book was a project I started without a publisher. I had the idea for an abecedary of jazz musicians, made a list of one for each letter of the alphabet, and started working on the images in-between my other assignments. Because there was no deadline, and there was the strong possibility that these would never see the light of day, I decided to do whatever I wanted with them, and to borrow (you're right . . . steal) from the artists I admired from each era that the jazz musician is associated with. The list of artists includes Stuart Davis, Paul Rand, Miquel Covarrubias, the forgotten French designer Pierre Merlin, Al Hirshfeld, Juan Gris, David Stone Martin, and Alex Steinweiss.

When Jazz ABZ was published I sent a copy of the book to Mr. Steinweiss, with a note telling him he was a big inspiration on the project, and I hoped he‘d like the book. Steinweiss was the first artist to design graphics for album covers in 1940 for Columbia Records, he’s 92 and living in Sarasota, FL. About a week later I received a note back saying very nice things about the book and inviting me to visit him if I was ever in Florida, so after the opening, Jill and I are driving down to spend a few hours with the master. If you haven't seen the new Taschen book on Steinweiss career, here's a link.