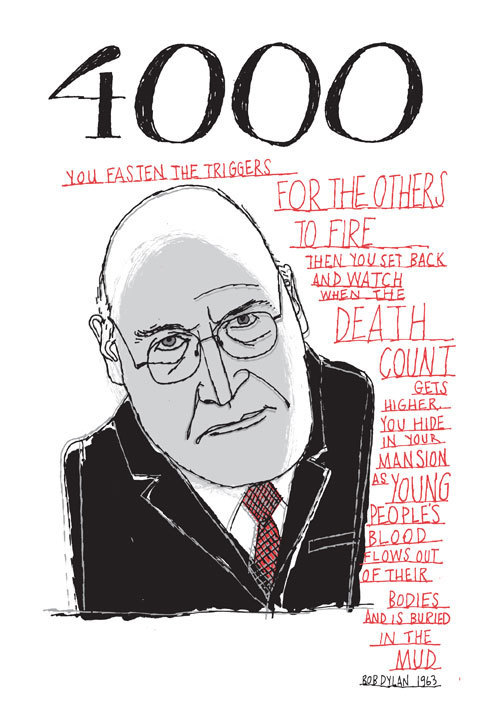 Last week we got the "So?" and now we get this

In an exclusive interview with ABC News, Vice President Dick Cheney was asked what effect the grim milestone of at least 4,000 deaths in the five-year Iraq war might have on the nation.

Noting the burden placed on military families, the vice president said the biggest burden is carried by President George W. Bush, who made the decision to commit US troops to war, and reminded the public that U.S. troops in Iraq and Afghanistan volunteered for duty.

Bob Dylan has been ending concerts in the last couple of years with his 1963 song "Masters of War."