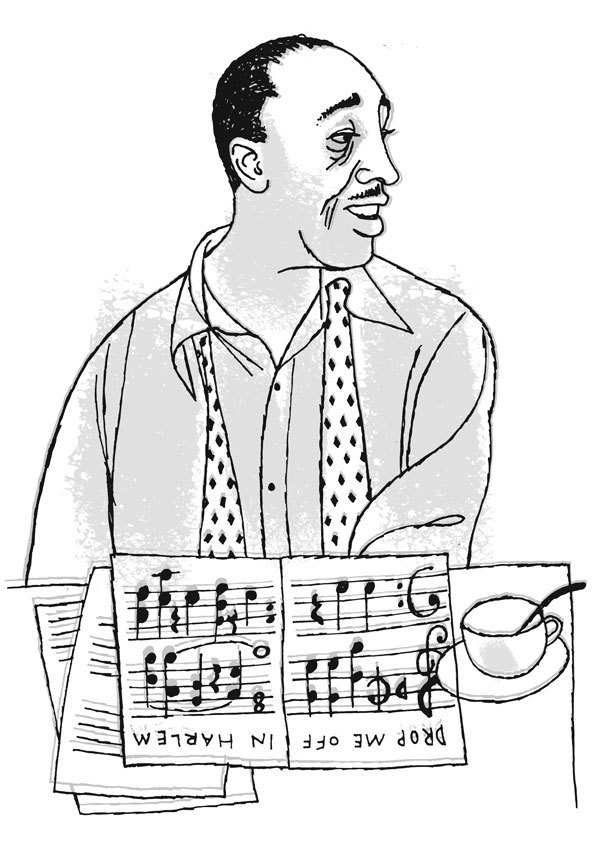 Today's The Maestro's birthday, Duke Ellington's music all day on WKCR.
"And you are all invited to join the finger-snapping. I don't have to tell you that one never snaps one's fingers on the beat. It's considered aggressive. Don't push it; just let it fall. And if you would like to be conservatively hip, then at the same time tilt the left earlobe. Establish a state of nonchalance. And if you would like to be respectably cool, then tilt the left earlobe on the beat and snap the finger on the afterbeat. And so by routining one's finger-snapping and choreographing one's earlobe-tilting, one discovers that one can become as cool as one wishes to be."