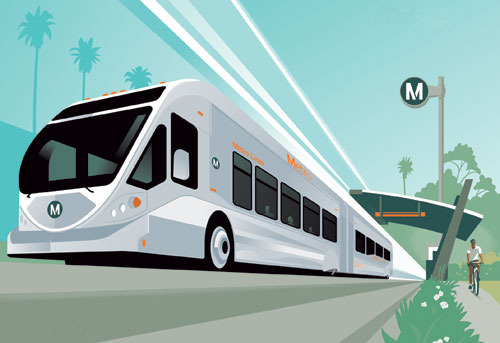 I’ve been working on an on-going series  of illustrations for The Los Angeles Metro Transit Authority. These images depict mass transit and future projects that Metro is undertaking. It’s true that nobody walks in Los Angeles, but we’re finally getting together a workable system for moving around the city without a car.

Metro Design Studio Creative Director Michael Lejeune called me a few years ago to create some images that would show the various projects in an updated WPA-poster style that glamorizes the idea of mass transit. One of the places we looked for inspiration was the original attraction posters from the early years of Disneyland 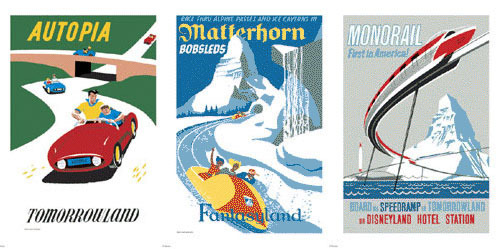 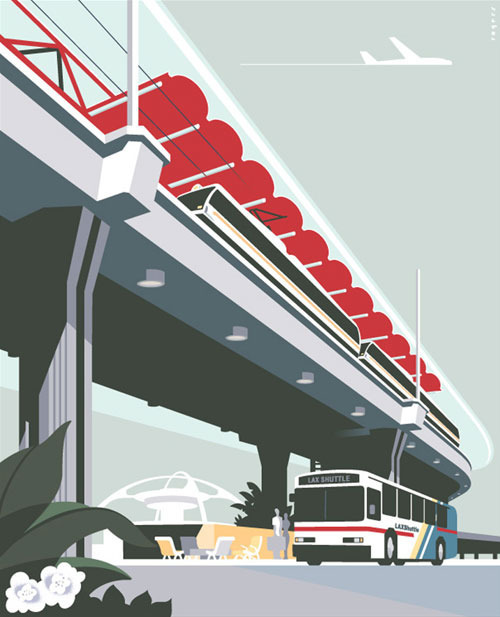 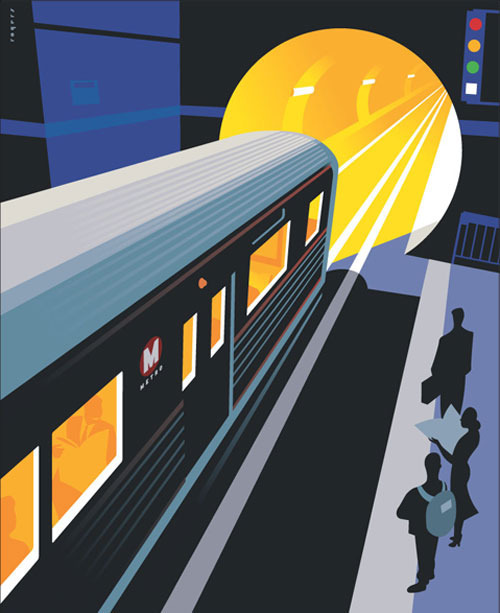 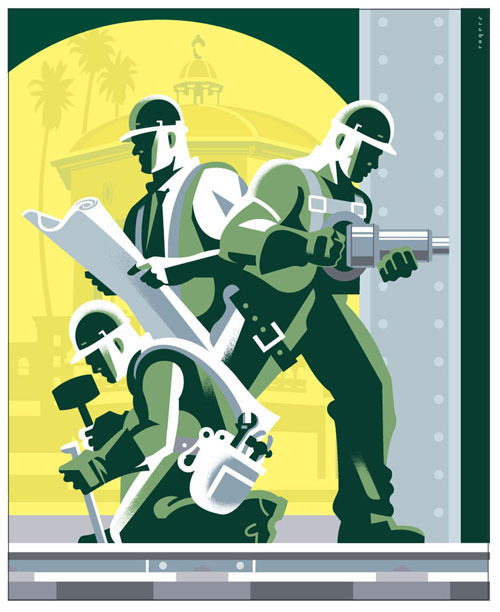 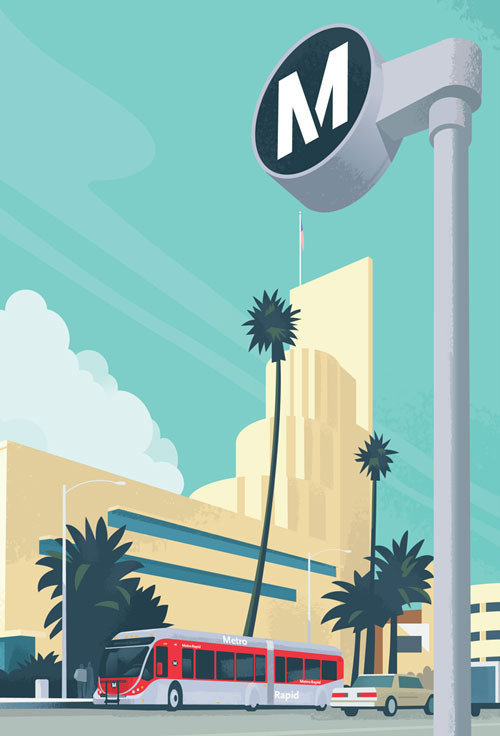 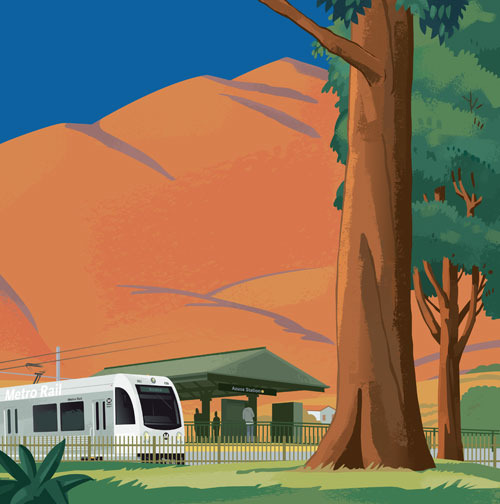 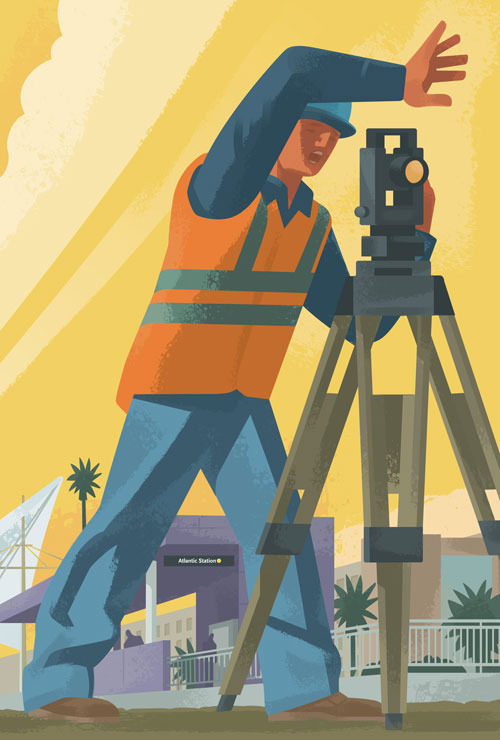 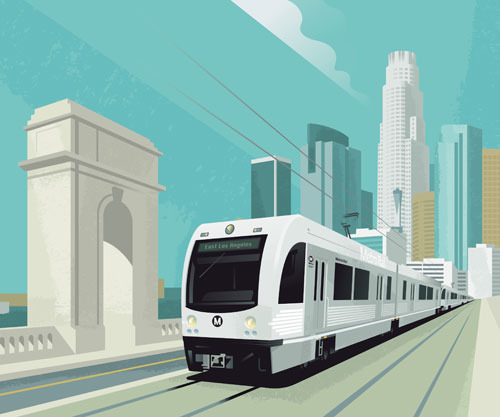 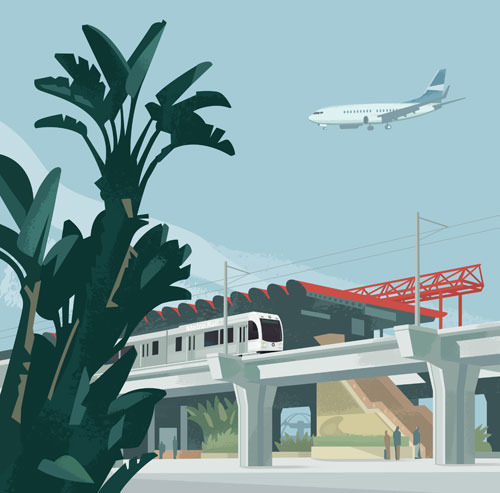 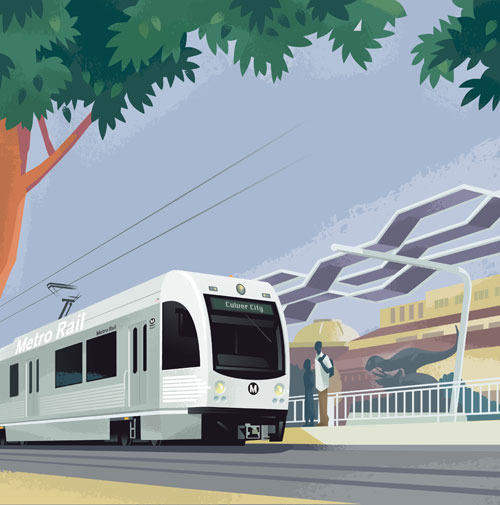 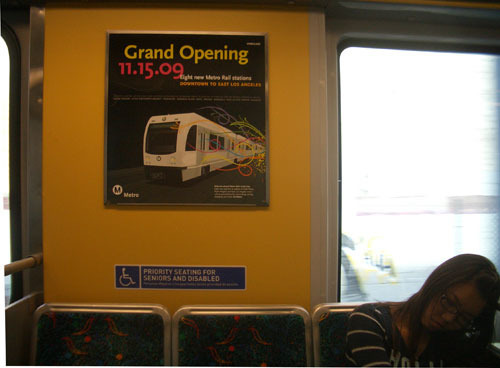 I enjoy working with the imagery of trains, buses, freeways and construction workers and Lejeune along with Melissa Rosen at Metro have managed to smooth out the bumps along the way. There’s a lot of applications for these illustrations, the first batch of posters we did kept getting stolen out of the train cars and the new pieces are starting to show up around town now.